Hey, Pssst–Wanna Be Healthy? Go Play In the Dirt! by Scot Mills

by Scot Mills on May 5, 2017 with Comments Off on Hey, Pssst–Wanna Be Healthy? Go Play In the Dirt! comments Cleaning, Healthy Eating, Organic Health, Probiotic

Stop, wait–put that sanitizer down, it’s gonna kill you!

Sure, you want to keep yourself and your family safe and free of illness, and popular wisdom tells us that all germs are bad, and without exception.

However, science shows us that only around 10% of all bacteria are of the bad ilk, while the remaining 90% are either benign (but with an important role in the ecosystem), or–gasp–beneficial to us!

Really? Bacteria can be beneficial?

Yes, they sure can be, particularly the ones inside of you.

Okay, so we don’t often hear mothers saying to their kids, “Go out and eat some dirt so you don’t get sick,” although there may be more truth to this seemingly inane statement than we realize.

You see, while we as a society have grown leaps and bounds in cleanliness over the past century or so, we have also grown sicker, and with more allergies to boot.

But why is this? Shouldn’t we be getting healthier?

The short answer is, we have become too clean.

In fact, science has proven that kids who grow up on farms or other places with plenty of bacteria have far stronger immune systems and fewer allergies and illnesses than those who grow up in overly clean environments, simply because being around pathogens teaches young immune systems what to guard against.

Think of it this way: Have you ever been skiing and had a five-year-old kid go whizzing past you down a black diamond like you were standing still (the little snot, showing you up like that!)?

Sure, you may have picked up skiing as a young adult, and you may even consider yourself a pretty good skier, although you will likely never have the same skills which the youngster has.

This is due to the kid having started skiing at a much earlier age than you (likely upon being able to walk), thereby developing the muscle control and coordination necessary to ski at a high level at an age when all motor skills were being permanently imprinted in the child.

In short, skiing, to the kid, is as natural as walking is to you.

This is similar to how immune systems develop, as immune systems tend to be like muscles in that the more work they do, the stronger they get, and the younger they are when they start working, the more deeply imprinted (and permanent) the long-term benefits will be.

Put it this way: 104 year old Fauja Singh may not have run his first marathon until he was in his 80’s, but that didn’t keep him from becoming a marathon runner. However, it is unlikely that he will ever run a sub-3 hour marathon, which doesn’t matter, since he still benefits from distance running (go Fauja!!!).

So it is Only Our Immune System We Need to Worry About?

But it is not just our immune systems which are aided from less-than sterile environments (and by the way, no one is promoting wallowing in filth here–we’re talking about nice “clean” dirt, such as you would find in a garden,or in the woods).

In fact, internal bacteria can also be beneficial for:

But What About Those Who Don’t Live On Farms?

Okay, so you live in an urban environment, and you haven’t so much as been to a petting zoo in years.

What can you do?

The best place to start is with your diet–cultured foods, to be exact.

Have you ever wondered how German people can be healthy, despite a diet heavy on the meat, potatoes and starches? Sauerkraut, cheeses and other cultured foods, that’s how!

In fact, many countries have their version of cultured foods, since culturing was once a way to preserve foods before refrigeration was around.

Whether it is German sauerkraut, Central Asian yogurt and kefir, Korean kimchi (amongst the MANY cultured options from around the world), there are foods available with an abundant supply of good bacteria to keep your gut flora alive and well, and your palette happy and satisfied.

Remember too that adequate fiber is important, since fiber is what probiotics feed on (which is why fiber is known as a “prebiotic”)–more on this in a future post.

For now, look for raw and unpasteurized versions of  some of your favorite cultured foods, and remember that heat kills bacteria, so be sure not to cook the healthful benefits out!

But I Hate Sour Flavors! What Else is There?

So, you just can’t get over the sour flavor of most cultured foods (and let’s just say that some of the healthiest cheeses are also the most aromatically repulsive. Limburger, anyone? Eeewwww, yuck–no thanks!).

No worries, there are other options–oral probiotics, or playing in the dirt, for instance.

If you do choose to supplement your diet with a probiotic pill, look for one which carries both lactobacillus (which benefits your small intestine), as well as bifidobacteria (for the large intestine). An easy way to remember this is to simply look for bacteria starting with both an “L” (“little”) as well as starting with a “B” (“big”).

The important thing is that both are present in the probiotic you choose.

You should also look for a high CFU (Colony Forming Unit) count of 15-100 billion, as well as a diversity of strains (10-30 different strains is desirable).

No, this isn’t like most substances in pills where you have to be careful not to take too much, since in the case of good bacteria, the more the merrier.

A bit of homework on your part may also be in order, as there are too many reputable companies out there (Renew Life, Mega Food, Garden of Life to name a few of the better ones) to go over here. However, there is certain to be a good, high-quality probiotic available which will meet your budget and  your needs.

Dirt–The Best Place to Be On Your Knees.

Another good, satisfying way to get healthy bacteria is through gardening–not to mention the other benefits of gardening, such as stress relief, mental well being, and “Earthing,” or grounding ourselves to the natural electrical forces of the earth, which in itself has a multitude of health benefits.

Not only can you reap the aforementioned perks from getting on your knees in a loamy patch of dirt for a few hours, but your food bill, flavor palette and even your mineral absorbency may see rewards (there is nothing as tasty as that which you picked fresh from your own garden!).

No yard to work with, you say? Most cities have some form of community garden which you can likely get involved with (plus, it’s a great way to get to know your like-minded neighbors), and if not, try going to a local park or outdoor area and spend some time sitting in the grass or walking barefoot through it.

Careful though, doing this just may make you feel like a kid again!

No, you don’t have to go and roll about in a pig sty just to gain the benefits of bacteria (in fact, please don’t!).

However, staying too clean is likely just as unhealthy as behaving like a pig-in-plop.

So put away that sanitizer, quell the idea that all bacteria are bad, and go spend some time outside in the dirt–your immune system, digestion and overall health just might take a turn for the better!

Plus, getting dirty is fun–why deny yourself the pleasure?

Sleep And Be Healthy → 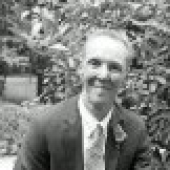